This fall, the U.S. Senate, led by New York’s own Majority Leader Chuck Schumer, has the chance to revamp our nation’s failing mass incarceration system — while notching a major bipartisan win. Several sentencing reform proposals with broad support are awaiting action on the Senate floor. These bills could provide thousands of people serving life without parole and other extreme sentences an opportunity for release.
I was locked behind bars for 33 years. So for me, this is deeply personal. Schumer should act quickly to schedule a vote on the legislation and give people who have transformed their lives a second chance.

In January, I came home from prison because U.S. District Judge Sidney H. Stein granted me compassionate release. Stein found that while my sentence reflected the seriousness of my criminal behavior decades earlier — I led a street-level heroin distribution operation — its severity did not account for the person I am today. 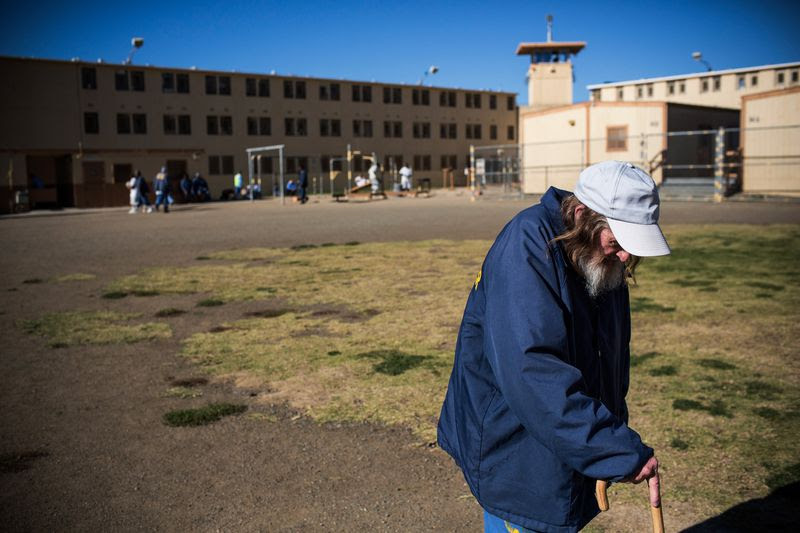 Several sentencing reform proposals with broad support are awaiting action on the Senate floor. These bills could provide thousands of people serving life without parole and other extreme sentences an opportunity for release. (Andrew Burton/Getty Images)

He wrote in his release order: “Underwood, currently 67 years old and in the 33rd year of his sentence, has now spent half his life in federal prison. The difference between these two halves could not be more pronounced…Underwood has…been a manifestly model inmate, a mentor to countless young men in custody, and an active and devoted father and grandfather, all while under the specter of a life-without-parole sentence.”

I am grateful for every moment of my freedom since my release. I know I am one of the lucky few, but I also know there are many others like me who deserve an opportunity for release. While incarcerated, I was surrounded by other men of color serving time for drug offenses, many of them serving life sentences handed down under a mandatory minimum sentencing structure that would never account for their growth and rehabilitation while behind bars.

FOR THE SAKE OF THE women AND MEN I LEFT BEHIND, I AM COMMITTED TO CREATING A MORE HUMANE CRIMINAL JUSTICE SYSTEM THAT ACCOUNTS FOR PEOPLE’S CAPACITY FOR TRANSFORMATION.

Mandatory minimums perpetuate disproportionate sentences and exacerbate racial disparities in the criminal justice system. A wealth of criminological research illustrates that people age out of criminal conduct as they get older, and lengthy sentences keep people behind bars well after they are no longer likely to commit another crime. Lifelong and other extreme sentences also ignore people’s capacity for change: As human beings, we are capable of painful yet transformative self-reflection, maturity and growth, and to deny a person this opportunity is to deny them their humanity.

A few months after my release from prison, President Biden issued a proclamation commemorating Second Chance Month. He called for “meaningful opportunities for redemption and rehabilitation” for people leaving incarceration, including providing job training and access to higher education. He also said supporting second chances “requires eliminating exceedingly long sentences and mandatory minimums that keep people incarcerated longer than they should be.” I couldn’t agree more.

Weekdays
Catch up on the day’s top five stories every weekday afternoon.

One in every seven people in U.S. prisons is serving a sentence of at least 50 years. Nearly 4,000 of those people are serving life sentences for a drug-related offense, 38% of whom are in the federal prison system in which I served. People like Wayne Pray, Todd Vassell, Tony Lewis, Thomas Jackson, Michelle West, Steven Petersen, Veronza Bowers, Roberta Bell, Darryl Riley, LaShonda Hall, Spencer Bowens, Lazara Ordaz, Steven Brown, Eva Palma Atencio and Walter Johnson are all waiting for an opportunity to demonstrate their readiness for release.

In recent years, bipartisan federal reforms have moved us in the right direction. For example, the First Step Act of 2018 reduced mandatory minimum sentences, including life without parole, in certain drug cases. However, many of the reform provisions of the First Step Act were not made retroactive, so people in prison are awaiting justice.

Which brings us to the two bipartisan sentencing reform bills in Congress right now.

The COVID-19 Safer Detention Act would expand early release opportunities for elderly and terminally ill individuals who are highly unlikely to commit new crimes. And the First Step Implementation Act would apply the First Step Act’s sentencing reduction reforms retroactively, impacting thousands of people serving federal prison sentences. The bill would also offer people serving extreme sentences for crimes they committed as minors a chance to have their sentences re-evaluated.

Bipartisanship on Capitol Hill is in short supply these days, but these bills can pass the Senate with broad support from both parties. Passing these two bills would acknowledge that each and every one of us, when given the opportunity, can be better than the worst thing we have ever done.

Underwood is a senior fellow with The Sentencing Project’s Campaign to End Life Imprisonment. He lives in New York City.